Those Lilacs, Weigela and Virburnmum and other spring flowering shrubs looked “great” this spring with their spectacular blooms and aromas. But now that they have bloomed, what do you do? Proper pruning can promote new growth, maintain the plant’s shape, encourage flowering and also aids in pest and insect control as well as disease problems. 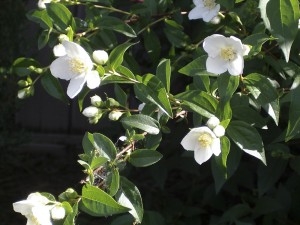 However, timing is important, especially when pruning spring blooming shrubs. Early blooming shrubs develop their flower buds during the summer and fall of the previous year. This is often called “blooming on old wood.” These shrubs that flower before June 15 should be pruned soon after flowering. Pruning these shrubs in late summer, fall or early spring will remove the flower buds and therefore the flowers.

Spring flowering shrubs are generally pruned by the renewal method. Each spring after flowering, prune out the largest stems to the ground to stimulate new growth from the crown and remaining stems. Remaining stems can then be shortened to shape.
Shrubs that should be pruned this spring soon after flowering include:

Not sure about doing this yourself, almost PERFECT Landscaping offers property and garden maintenance services in Bergen County.