It’s Halloween in a little over three weeks and autumn colors will be brilliant so it’s time to think decorating. The choices are endless and the results are fabulous. Be it decorating around a pond area with an oriental theme, or even a graveyard with spooky creatures from “beyond” and “of the night” enticing trick or treaters with their surprises.

At almost perfect landscaping we specialize in custom halloween and autumn decorating themes, ideas and services. Residential home decorating is a fun project to do. For business owners, decorating can entice customers onto the premises, so give APLNJ a call today to get started.

As you can see below, we are gearing up for the celebration. 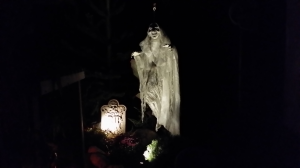 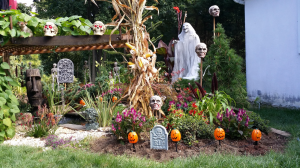 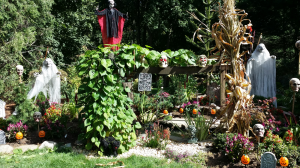 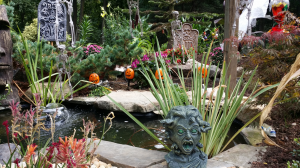 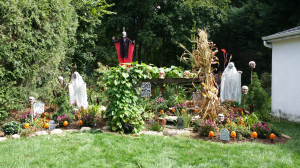 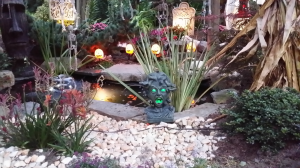 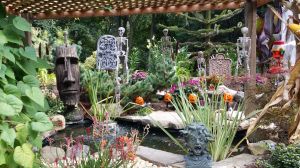 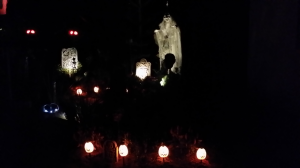 Samhain: The origin of Halloween can be traced to this “ancient pagan festival celebrated by Celtic people over 2,000 years ago,” states The World Book Encyclopedia. “The Celts believed that the dead could walk among the living at this time. During Samhain, the living could visit with the dead.”

Halloween costumes, candy, and trick or treat: According to the book Halloween—An American Holiday, An American History, some of the Celts wore ghoulish costumes so that wandering spirits would mistake them for one of their own and leave them alone. Others offered sweets to the spirits to appease them. In medieval Europe, the Catholic clergy adopted local pagan customs and had their adherents go from house to house wearing costumes and requesting small gifts.

Halloween pumpkins, or jack-o’-lanterns: In medieval Britain, “supplicants moved from door to door asking for food in return for a prayer for the dead,” and they would carry “hollowed-out turnip lanterns, whose candle connoted a soul trapped in purgatory.” (Halloween—From Pagan Ritual to Party Night) Others say that the lanterns were used to ward off evil spirits. During the 1800’s in North America, pumpkins replaced turnips because they were plentiful as well as easy to hollow out and carve.

Check out our reviews on Google.