The dog daze of summer are upon us

“I drifted into a summer-nap under the hot shade of July, serenaded by a cicadae lullaby, to drowsy-warm dreams of distant thunder.”  ~Terri Guillemets

The Dog Days of Summer are upon us

Well, here we are again. Smack dab in the midst of the “dog days of summer”. And Lord have mercy, heat indexes in the hundreds over the weekend. GEEZ!!!! Yes, those sweltering, hot, humid conditions are back. You know the “dog daze of summer” officially started on July 3rd and run until the 11th of August. 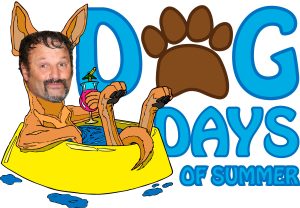 However, this is no time to seek out the comfort of your air-conditioned man-cave to watch reruns of some movie from way back. This is the time to be out in the cool early morning hours taking care of some essential necessities.

So why is it called the Dog Days of Summer? Well…

The phrase “Dog Days of Summer” describes the most oppressive period of summer, between July 3rd and August 11th each year. But where did the term come from? And what does it have to do with dogs?

Many people believe the phrase stems from the fact that dogs tend to be sluggish during the hottest days of summer (aren’t we all? ), while others still say the days are so hot it causes dogs to go mad. 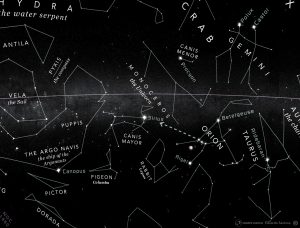 But the name is actually a reference to the fact that, during this time, the Sun occupies the same region of the sky as Sirius, the brightest star visible from any part of Earth and part of the constellation Canis Major, the Greater Dog. This is why Sirius is sometimes called the Dog Star.

In the summer, Sirius rises and sets with the Sun. On July 23rd, specifically, it is in conjunction with the Sun, and because the star is so bright, the ancient Romans believed it actually gave off heat and added to the Sun’s warmth, accounting for the long stretch of sultry weather. They referred to this time as diēs caniculārēs, or “dog days.”

Thus, the term “Dog Days of Summer” came to mean the 20 days before and 20 days after this alignment of Sirius with the Sun — July 3 to Aug. 11.

While this period usually is the hottest stretch of summer, the heat is not due to any added radiation from Sirius, regardless of its brightness. The heat of summer is simply a direct result of the Earth’s tilt.

During summer in the Northern Hemisphere, the tilt of the Earth causes the Sun’s rays to hit at a more direct angle, and for a longer period of time throughout the day. This means longer, hotter days.

And with that, I’m getting another TALL, COLD and FROSTED MUG OF ICED TEA. ENJOY…..